A Homecoming in Weldon 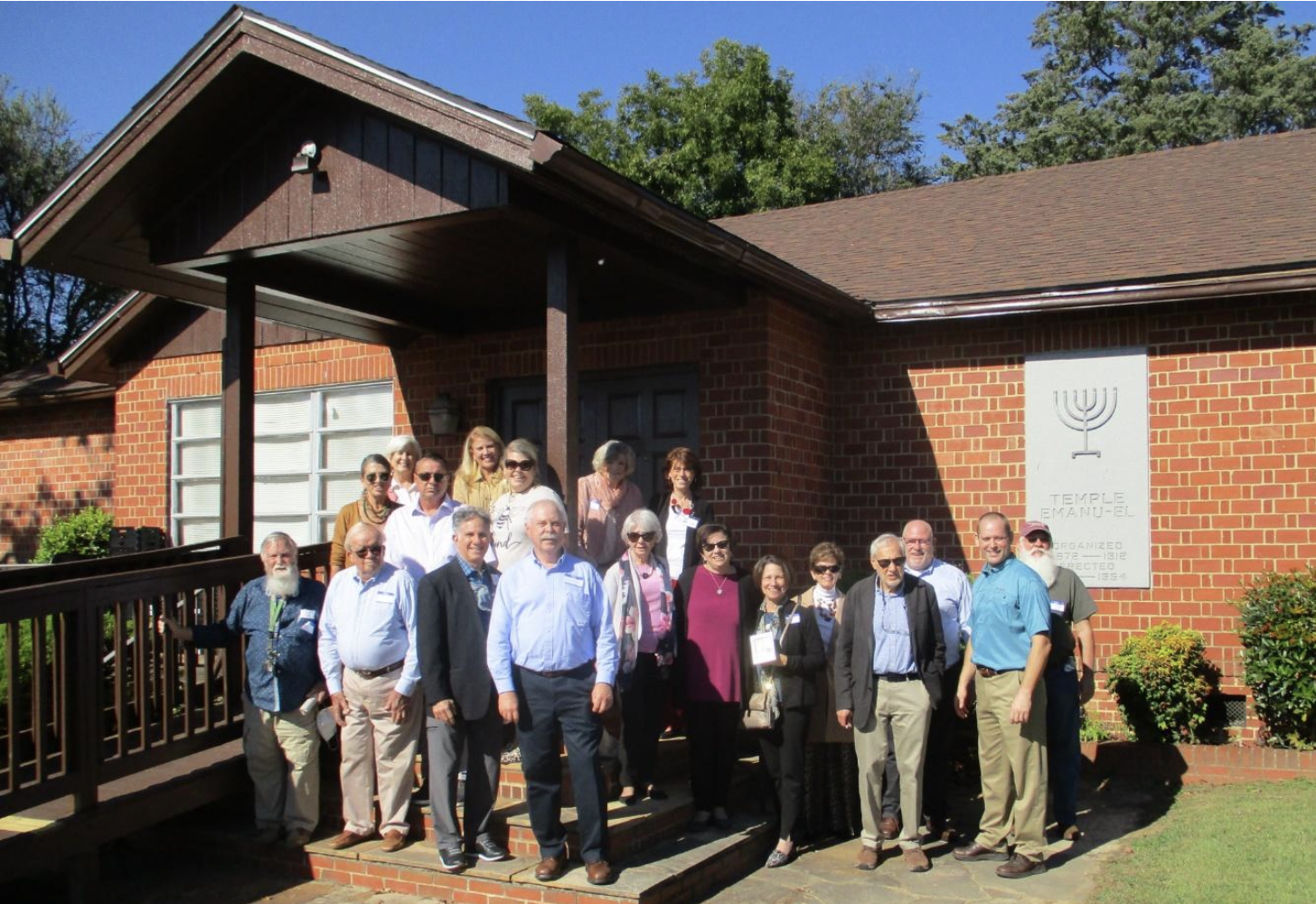 Across North Carolina in old mill and market towns stand abandoned synagogues—now churches or residences—which once housed vibrant Jewish communities, some for more than half a century.  Wilson, Weldon, Goldsboro, Lumberton, Jacksonville, and Whiteville have seen their synagogues close as their members dwindled.  The site of Tarboro’s synagogue is now an empty lot.

Sorrow over the closing of synagogues needs to be tempered, however.  Jewish communities do not so much expire as move on.  Jews have always been a mobile people.  The story is simply not one of death by assimilation.  Over generations, small-town Jews have moved to new places where they bring their congregations with them.

It’s counter-intuitive, but small-town Jews are very often more dedicated, more committed, more Jewishly active than their cousins in the big cities.  As Betty Bloom of Weldon’s Temple Emanu-El put it, “If you want to stay with the Jewish tradition, you have to do it yourself.”  In a small town each Jew is representative of the community and responsible for its survival unlike metropolitan communities where being Jewish is often taken for granted.

That sentiment was evident in Weldon on Friday, October 14, when a dozen or so former residents returned for an event honoring the historic Jewish community sponsored by Weldon In Action, a recently formed civic coalition dedicated to revitalizing the historic mill and market town.  Alice Irby, an author with local roots, invited JHNC historian Leonard Rogoff who spoke on “Weldon’s Jews: Where Did They Come From? Where Did They Go?”

Although Jews have been present in the area since local days, a persisting community formed in the late 1890s with the arrival of a Lithuanian immigrant peddler, Henry Farber, who opened a store.  Marrying his cousin Molly from Baltimore, Farber drew more relatives in a typical family-chain migration.  The Jewish community was truly an extended family, related in ways that was a genealogical knot.  Weldon was the center of a scattered Jewish community in 14 communities across two states.   By 1912 the community had formed the Hebrew Community Center of Weldon and Roanoke Rapids.  In 1926 the congregation took rooms above the Silvester shoe store.  In 1954 they purchased a house that was remodeled into a synagogue, renaming themselves Temple Emanu-el.

Local Jews were community leaders, philanthropists, and members of school and college boards.  As was typical, the community dwindled as succeeding generations left for college and resettled as lawyers, doctors, and professionals in Sunbelt centers.  Their parents often joined them as the closing of mills and opening of malls ended the viability of their downtown stores.

After the Weldon synagogue closed—it was sold to a church in 2006—its Judaica was reestablished in Temple Emanu-El chapels and synagogues in Virginia Beach and Chapel Hill.  Those raised in the extended family of the congregation now serve as Hadassah leaders in Virginia Beach and Wilmington, as a docent at the National Holocaust Museum in DC, and as a Jewish day school teacher in Norfolk.  When Lee Diamond of Warrenton served in Vietnam, his fellow Jewish soldiers turned to him to lead Shabbat services.  They all carried with them their Temple Emanu-El upbringing.

For the half-dozen who returned to Weldon on October 14, the experience was, in the words of Atlanta journalist Henry Farber, “overwhelming.”  There were hugs between old high-school classmates and former customers who recalled buying shirts at Kittner’s, a suit at Farber’s, or a jacket at Fried’s.  Old-timers nostalgically recalled Louise Farber, the town’s piano teacher, who taught them not only keyboard but how to demand excellence of themselves.   Bert and Ben Kittner, now professionals in the Research Triangle, visited Kat Price, a 98-year old woman who had clerked for decades in the family department store. Farber–namesake of his grandfather, the community founder–described the reception as “overwhelming.”

Rev. Francis Kyle, whose Weldon Baptist Church hosted the event, found the reunion “exciting.”  After a talk and luncheon, he led the group a few blocks to the old Weldon temple where all gathered for photographs.  Organizer Alice Irby, who is writing a history of Weldon, thanked the Weldon Jews, “You and the other Jewish friends who came today gave me an extraordinary gift:  meeting you, being with you, and enabling me to say thank you for what your families gave to my family.”