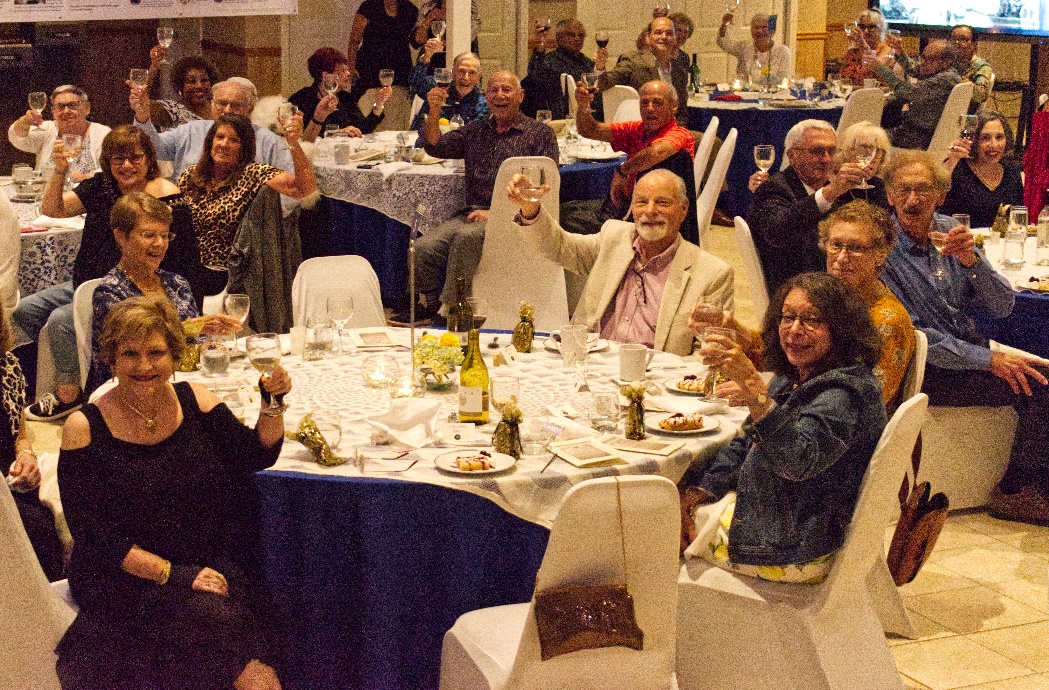 Agudas Israel Congregation of Hendersonville observed its centennial with a series of celebratory events.   Founded in Hendersonville in 1922 by 27 individuals who sought to provide a permanent synagogue in which to worship and educate their children, Agudas Israel became “The Center for Jewish Living in Henderson County.”

In 1925 the small community converted an old electric company building at 328 North King Street into a synagogue.  Rabbi William Chaim Williamowsky not only led services but slaughtered cows and chickens.  When the rabbi left in 1930, Beryl Cohen, a Jewishly learned local resident, assumed duties as rabbi, schochet, and Hebrew school teacher, serving until his death in 1964. Founder families include names that are still familiar in Henderson County: Sherman, Patterson, Mottsman, Williams, Kalin, and Michalove. These families and their offspring were honored in gratitude for their founding work.  Once known as the Southern Catskills for the Jewish summer camps, resorts, and boarding houses that drew seasonal and holiday visitors, Hendersonville has persisted as a vibrant Jewish community.  Several downtown businesses owned by founding families still thrive today.

In 2002 the congregation moved into their its modern campus at 505 Glasgow Lane. Rabbi Rachael Jackson now fills the role of Congregational Rabbi.

The highlight of the centennial events—which included a silent auction, an art and craft fair, and a multimedia exhibit “Our Hendersonville History and Legacy”—was a “Homecoming Gala Dinner” on August 28.   Reprising a 1922 dinner at Grandma’s house, the dinner used authentic homemade traditional foods in a family-style setting and featured entertainment from the era.