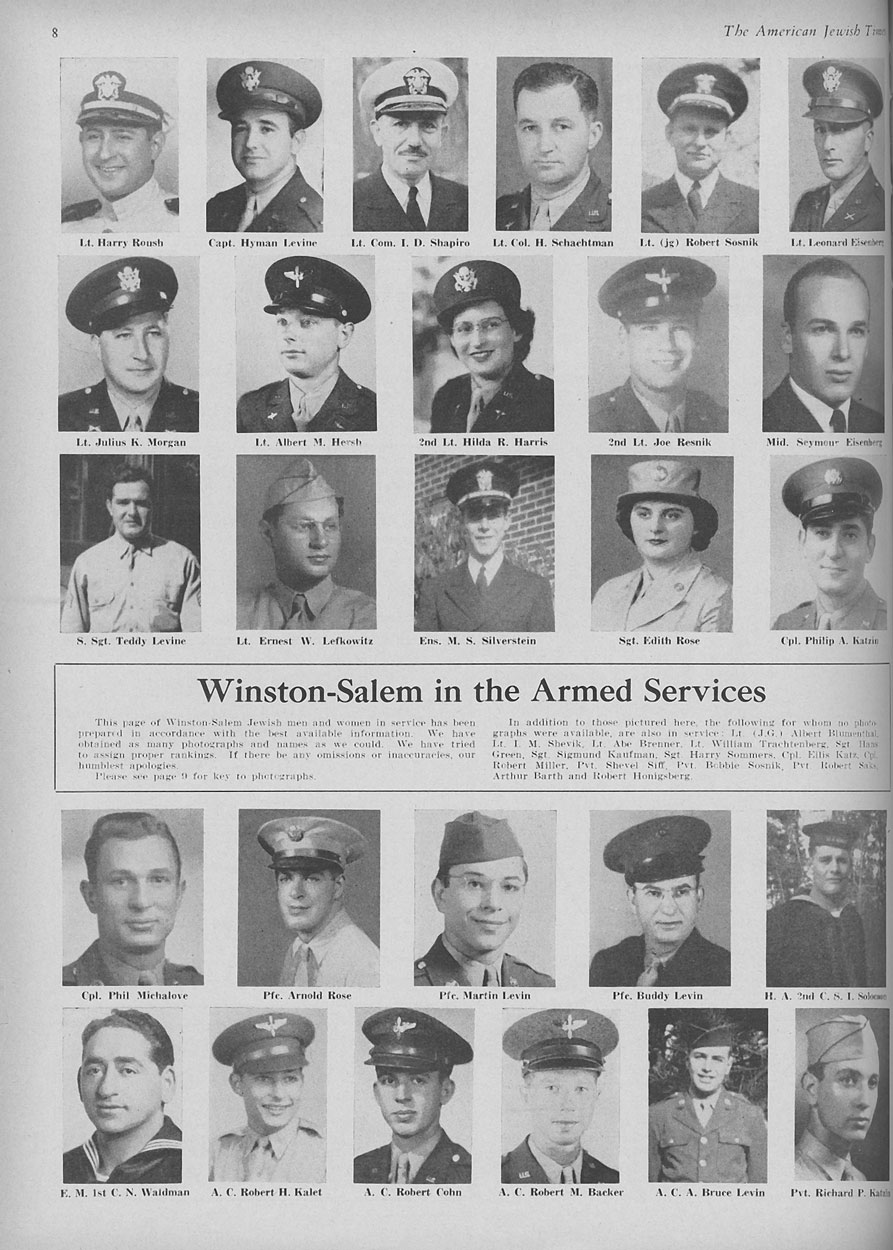 One mitzvah inspires another is a Jewish teaching. That lesson came home on the High Holidays 81 years ago in rural North Carolina when Jewish soldiers found themselves far from home for the New Year season.

The holidays looked bleak for Jewish soldiers and officers stationed in Rockingham in 1941, according to Private Jack Levine of the 84th Engineer Battalion as reported in The Canadian Jewish Review, 7 Nov. 1941. The area had but a handful of Jewish families, and the “nearest synagogue was hundreds of miles away,” he wrote. Hundreds of Jewish soldiers were stationed there, most of whom were northern urbanites. Levine must have felt a lost soul in the rural South, for in truth, synagogues were not all that far away in Fayetteville (60 miles) and Charlotte (70).

At a local hotel Simon Abrahams of the Jewish Welfare Board sat “forlorn,” unable to find a suitable hall to accommodate these wandering Jews who found themselves in a Jewish terra incognita, wanting to serve their country. A middle-aged gentleman, William J. Enwistle, the Mayor of Rockingham, approached him. “You have a problem and I’m here to help you solve it,” His Honor told Abrahams. “The Methodist Church of this town is at your complete disposal.”

That very day, six hundred Jewish soldiers filled the pews of Rockingham’s Methodist Church. The pastor had removed all the “ecclesiastical fixtures.” On the altar was placed a high brown table holding a Sefer Torah. Rabbi Aaron Kammerling led the service.  Mayor Enwistle recalled how a generation earlier when the Methodist Church in Wilmington had burned, the Temple of Israel had offered its sanctuary as a house of worship. Someday, the Methodists vowed, they would return the favor. The soldiers cheered as local speakers arose in goodwill. Altogether some 1,000 soldiers observed the holiday.

A mitzvah from the past century was repaid.