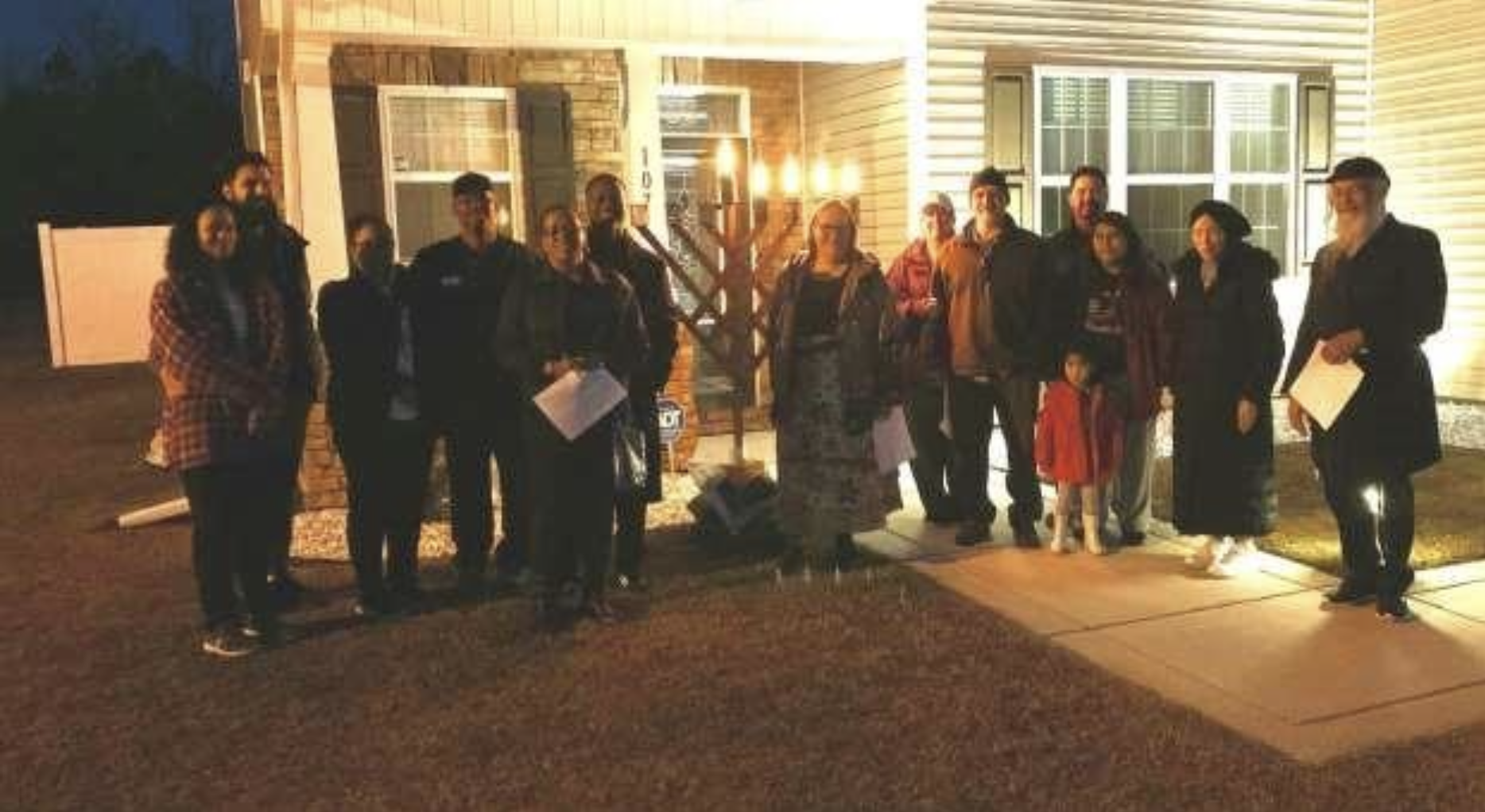 Once a small-town Jewish community dies, can it come back to life?

The story of many historic Jewish communities in mill-and-market towns on North Carolina’s coastal plain has been one of decline.  Synagogues in Wilson, Tarboro, Weldon, Lumberton, Whiteville, and Goldsboro have seen their synagogues close as the local Jewish population withered.  The founders aged and died while succeeding generations went off to college and sought careers elsewhere.

Jews have lived in Jacksonville at least since 1920 when Russian immigrants Fannie and Max Margolis arrived to open a dry-goods store.  In 1954 the small Jewish community, just 18 families, was inspired by the circuit-riding rabbi to organize the Jacksonville Hebrew Congregation B’nai Mordecai.  Three years later they dedicated a synagogue which endured until the early 1990s.  After then, the town’s few Jews joined soldiers and sailors at the Camp Lejeune Jewish Chapel or traveled to Wilmington’s synagogues.

Currently, a Reform Jewish Chaplain leads services on alternate Friday nights at the local Marine base.  Her role as a Wounded Warrior Chaplain limits her pastoral service to the Jewish community.

In 2021 Rabbi Yerachmiel and Rebbetzin Sara Chana Altman arrived in Jacksonville as Orthodox Jews with the intention to revive the community.  They’ve contacted the children of the congregation’s founding families, who had otherwise been making the journey to Wilmington.  To build membership, they are extending outreach to Jewish marines who are seeking a more traditional congregation as well as to local veterans and Jews.

The Altmans have been hosting Marines and community members in their home for meals, classes Seders, and holiday meals.  For the soldiers they’ve arranged for a bris, bought Shabbat candlesticks, and provided kosher cookware. Their ambition is to restart a minyan.  They are also seeking to serve those interested in keeping kosher.

Reaching out to the non-Jewish community, Rabbi Altman has also created a Noahide Community, based on the seven universal moral laws that bind humanity.  The Rabbi has written children’s books on the laws.

Jews are a mobile people, and communities that once saw their congregations struggle or die may revive as demographics and the economic landscape change.  Jacksonville is not the only story of Jewish rebirth in North Carolina.  Statesville’s Jews, who erected Temple Emanuel in 1892, ceased to be a functioning congregation as the community declined, but the synagogue reopened in the 1950s as more families arrived.  The congregation continues to meet in its historic synagogue.

A historian described Jews as an “ever-dying” people, but as Rabbi Yerachmiel and Sara Chana Altman demonstrate, they are also ever renewing.

A Homecoming in Weldon
October 30, 2022
JHNC News
Go to Top
By visiting JewishNC.org, you are accepting the practices described in our privacy policy. OK