On the Menu: Jewish Soul Food in North Carolina 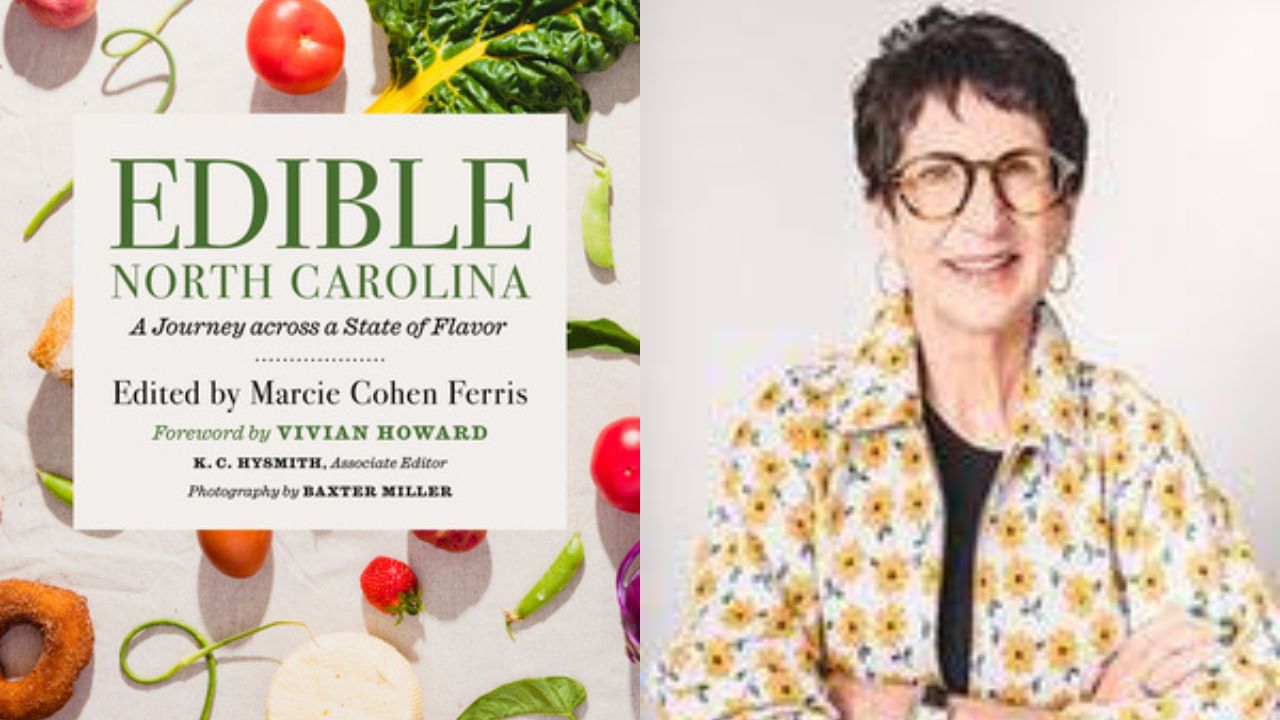 In Edible North Carolina: A Journey across a State of Flavor Southern food guru Marcie Cohen Ferris—known to us as the author of the delightful and delicious Matzoh Ball Gumbo: Culinary Tales of the Jewish South—writes of the Jewish Farmer Network, a national organization based in the North Carolina mountains.  A rising generation of Jews is not just returning to the land but also fomenting a culinary revolution.   North Carolina’s food scene is receiving national attention for its appetizing blend of tradition and invention inspired by the state’s natural bounty of produce, seafood, and livestock.  Jewish names are scattered throughout Edible North Carolina as Ferris discovered on her voyage of discovery.

Two recent magazine articles confirm that Jews are in the vanguard of North Carolina’s culinary renaissance.

The August Our State magazine celebrated nouveau Jewish cuisine in “The Deli Issue.”  Raleigh writer Eric Ginsburg surveyed the evolution of the state’s Jewish-style delis, featuring Charlotte’s “legendary” Leo’s, where Leo and Helen Finman presided from the 1940s to ‘60s.   Leo’s Special–featuring pastrami, corned beef, bologna, and salami on rye—drew patrons from near and far.  Ginsburg tracked down the owners’ son, Ed, who shared memories.

Today, the traditional deli is being reinvented if not revived, according to Our State.  The creatively named (ish), Matt Fern’s Raleigh deli, transformed an old soda fountain into an eatery that fuses Jewish, Italian, and Southern in a “mash-up of cultures and cuisines,” writes Krisa Bremer.    Meshugganah is a pop-up deli in Charlotte’s City Kitch West End co-working kitchen where Rob Clement soaks, spices, and smokes beef into pastrami.  Kathleen Purvis explains the deli’s name.  When Clement told his mother of his pastrami ambitions, her response was “Are you crazy?”

And you don’t have to be Jewish to open a deli.  Northern transplants, according to writer Billy Warren, opened Gotham’s Deli in Smithfield where they serve overstuffed sandwiches “with a Southern drawl.”  Astoundingly, Melinda Stein Sandford, writes Allison Ballard, opened Calabash Deli in the seafood capital of North Carolina, worthy competition to the classic Southern fried fish joints flanking her not-from-here enterprise.

The summer 2022 issue of Moment features Noah Phillips article, “A New Generation of Jewish Farmers Return to the Land.”   Placing current movements in the context of two centuries of Jewish agricultural settlements—notably the colonies established by the philanthropist Baron Maurice de Hirsch.  A Jewish Agricultural Society estimated 1.5 million acres were under Jewish cultivation in 1933, and four years later counted 100,000 Jewish farmers.  A few efforts were taken to resettle Holocaust emigres in farm colonies.  After World War II, these efforts faded.  Back to the land gained momentum in the 1970s and ‘80s with the rise of environmentalism.  Shani Mink, a farmer and educator located in Fairview, south of Asheville, cofounded the national Jewish Farmer Network in 2017, and now serves as executive director.

The Asheville area has become the epicenter of Jews who have abandoned the stress and bustle of their metropolitan lives by going back to the land.  Wendy Rhein continues her remote job for a New York nonprofit, Repair the World, while she works animal pens and an aquaponic greenhouse with her two sons at Chutzpah Hollow.  Yesod Farm + Kitchen draws inspiration from kabbala and Jewish textual study.  Its “steward” is SJ Seldin who, alienated from “synagogue Judaism,” found more nourishment in exploring the relation of land to food.  Embarking on a study of Judaism through an “agrarian lens,” Seldin felt the ancestral connection, how land use commandments assured not just the preservation of the land but obligations to other tribes.  In North Carolina that meant not Judah, Reuben, Gad, or Ephraim, but Catawba and Cherokee heritages.  Rabbi Justin Goldstein of Asheville’s Congregation Beth Israel was so inspired by the “decolonization” ethic that he partnered with Seldin, a cofounder of the Jewish Farmer Network. Mark and Rebecca Goodwin left suburban Maryland for the foothills outside Marshall, where they created Goodwin Gardens on 60 acres.  They work remotely in their day jobs, but their vocation now focuses more on blueberries, sunflowers, chickens, guinea fowl, agrotourism, and fermented foods.  Rebecca was surprised to find fellow Jews, but more meaningful to her was living in a “holy place.”

On September 28, UNC-Asheville will hold its annual Farm to Table Dinner at the campus quad on the  theme of Nourishing Connections with Marcie Cohen Ferris as special guest speaking on Southern Jewish foodways.  The dinner will feature live klezmer music, educational outreach tables with community partner organizations, and thoughtful menu planning that reflect the southern Jewish experience and foodways. Food served at the dinner will be sourced locally, grown sustainably, and feature ingredients grown on campus.
For information contact https://sustainability.unca.edu/programs-and-events/farm-to-table-dinner-on-the-quad/ Dr. Ferris, professor emeritus at UNC-Chapel Hill, will speak on “The Edible-Jewish-South: The Power of Food and the Making of Jewish Southerners” at Mullen Hall, UNC-Asheville, 6:00-7:00 PM, Sept. 29.
Categories: Blog, Jewish CultureAugust 30, 2022