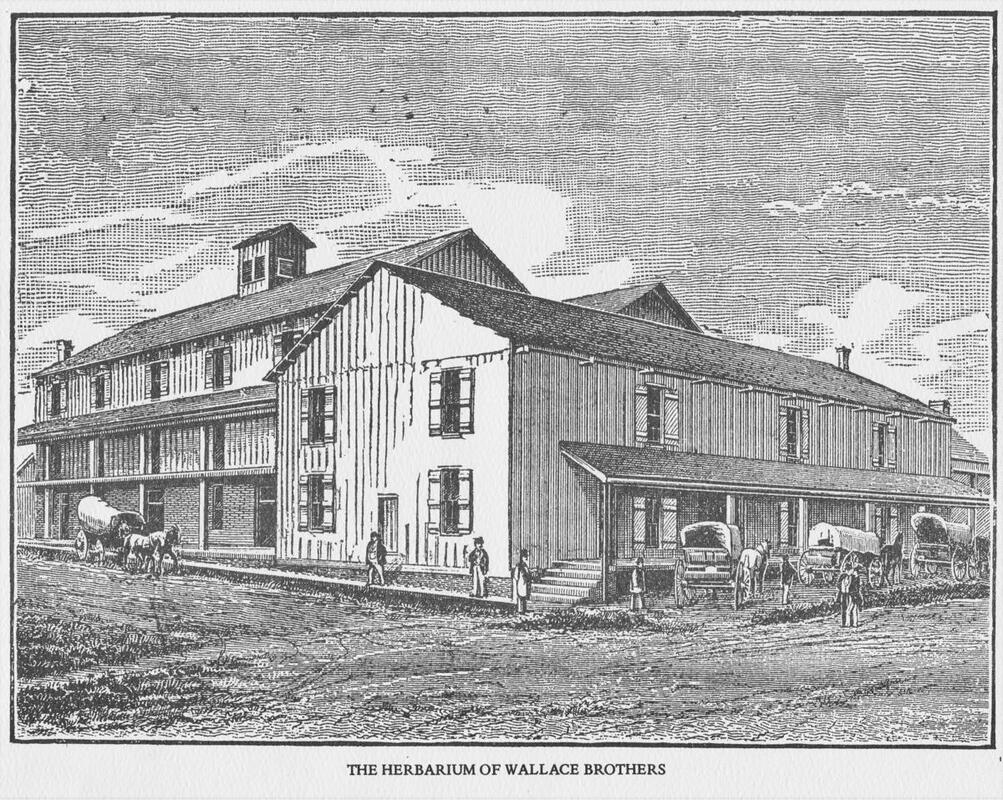 The North Carolina Department of Natural and Cultural Resources’ Highway Historical Marker Program has authorized the erection of a plaque at the site of the Wallace Brothers Herbarium in Statesville.  Ansley Wegner, Research Supervisor at the Office of Archives and History, informed the lead applicant JoAnne Rosenblum of Asheville, a Wallace descendant, that the application had been accepted.  Jewish Heritage North Carolina, with the guidance of JHNC board member Jennifer Farley, who is the Piedmont Region Supervisor of the Division of Historic Sites and Properties, assisted with the application.

The marker will read

David and Isaac Wallace, antebellum Bavarian immigrants, operated a retail and wholesale mercantile house in Statesville in 1859. In the cash poor economy after the Civil War, the brothers bartered merchandise for herbs, barks, berries, and roots. The brothers with botanist M. E. Hyams, a Jewish Charlestonian, established the world’s largest herbarium. Employing country pickers throughout the mountains, they supplied botanical material to more than 100 local distilleries and pharmaceutical factories. Several distillers were also Jews, members of their extended family.  Wallace agents opened markets across America and Europe, shipping ginseng by the ton to China. A Wallace herb display was the centerpiece of North Carolina’s displays at the 1876 Centennial Exhibition in Philadelphia and the 1878 Paris Exposition, winning gold medals, and the 1904 World’s Fair in St. Louis. The Wallace brothers and their descendants were founders of Statesville’s Temple Emanuel, organizers of Statesville’s public schools, and civic leaders and benefactors in the city and state.

While a Wallace Brothers marker is going up, a Judah Benjamin marker has come down.

The marker erected in Wilmington in the 1950s marked the Confederate stateman’s childhood home.  He lived in the port city from the ages of two to six until his family moved to Fayetteville where he attended the local academy until the age of fourteen.   Benjamin is remembered not for his North Carolina childhood, but for serving as a U. S. Senator from Louisiana and as Confederate attorney general, secretary of war, and secretary of state.   “By today’s standards, his application would not have been approved, as the committee wants to see that whatever made a person marker-worthy took place in North Carolina,” notes Jen Farley.

The Benjamin marker was damaged and subsequently removed.  Ansley Wegner is now seeking community advice on what should be done with it, and JHNC has been asked to participate.

There are three options:

There is a precedent. Until recently, a stone Benjamin monument stood in downtown Charlotte. It marked the site of the home of Jewish community stalwarts Abram and Barbara Weill, who had sheltered Benjamin after he fled Richmond at Civil War’s end.   Erected in 1948, the memorial stone had been sponsored by the United Daughters of the Confederacy with support of Temple Israel and Temple Beth El.  Some 70 years later, the congregations asked that it be removed.  It was defaced during BLM demonstrations.  Where Jews had once expressed pride in Benjamin, now he is disregarded for his slaveholding and Confederate allegiance.

JHNC has been asked for its advice on the deposition of the Benjamin highway marker.  Please let us know your feelings at info@jewishnc.org.

On a more positive note, we can look forward to the dedication of the Wallace Brothers Highway Historical Marker in late summer or early fall.  Stay tuned!